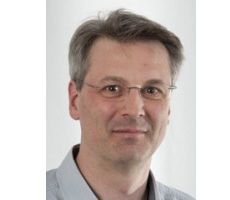 Epilepsy is a group of diseases whose common feature is that repeated seizures occur. The appearance of the seizures ranges from subjective sensations and slight muscle twitches that are hardly or not at all perceptible from the outside to short breaks in consciousness to falls with loss of consciousness and twitches all over the body. The Bethel Epilepsy Centre in the Mara Hospital is the largest facility for the treatment and care of people with epilepsy in Germany.
More than 5,000 people are treated here every year. The Mara Hospital in Bielefeld is part of the Bethel Epilepsy Centre as an epilepsy clinic. Video recordings of patients are indispensable for patient monitoring and the diagnosis of epilepsy. Around 70 rooms in the epilepsy centre are under video surveillance. With the video EEG, patients are monitored with a video camera. EEG curves and the video image are simultaneously displayed next to each other on the screen. With the recording, the electrical brain activity can be exactly compared with seizure-related changes in facial expression and movement. Long-term EEG video monitoring can extend over several days to specifically record epileptic seizures.

Until now the video recordings were recorded on video recorders by a "ring buffer" (FIFO). The recording time (in SD quality) was limited to seven days per bed. The partial recordings relevant for physicians were saved before overwriting by an export function and archived at different locations. The archiving of the relevant video material was partly digital, but as a rule on data media. There was no systematic allocation to the respective patient file. This also applied to videos brought by patients from their private environment in the form of mobile phone videos, USB sticks or CD's/DVD's. "Over time, this has resulted in a lack of clarity that has been counterproductive. We wanted to create order and set up a central administration with patient and surveillance videos," recalls Lutz Sommerfeld, the project manager responsible for the planning phase. With Rein Medical, the epilepsy centre found a solution provider who, in addition to its expertise in the multimedia environment, also has the necessary experience in clinical system integration and with the HL7 interfaces required for this in order to establish the entire data exchange up to the link with the patient file in the HIS.

In preliminary talks with Rein Medical it was determined what computing power would be required for the video server and how the network architecture should be designed to ensure the systematic allocation and access to all video material smoothly and future-oriented. Up to now the filing and the access to the video sequences took place decentralised in a filing system. With the introduction of the new video server, on the one hand the patient reference (direct access to the video sequence from the patient file) and on the other hand a standardization of the video file formats was to be achieved, explains Frank Schmidt, who was responsible for the technical implementation in Bethel. In close coordination with Rein Medical, the corresponding hardware was procured by the epilepsy centre on a permanent basis. In this phase, the wish was also expressed to integrate the existing video infrastructure, existing cable ducts and camera technology as far as possible into the new system.
The hardware purchased from the hospital for the video server was equipped with the SMART OR software from Rein Medical. SMART OR manages all video sources and makes the videos available throughout the network. The archiving of the video streams as well as the connection to the HIS is also made possible by SMART OR. The H.264 encoding technology guarantees digital videos with high resolution. Based on the H.264 standard, the codec compresses the video data to half the MPEG-2 data volume (DVD standard) - with better video quality. 32 of the customer's existing cameras could be successfully integrated into the new system.

The HL7 interface is decisive for the transfer of the video material into the patient file. HL7 creates international standards for the exchange between systems and between institutions as well as for clinical documents. "We were explicitly looking for a provider with experience in this area," Sommerfeld emphasises. Via this interface, all patient data - whether for in-patient or out-patient recording - is transferred to the video server. The import of video material, which patients themselves make available, is also possible at all SMART OR workstations and can be assigned to the desired patient file.
The recorded material is temporarily stored for seven days, the raw material is "temporarily stored" on decentralised department memory. The available video material no longer has to be downloaded for editing and remains available in the in-house "cloud". Video editing within SMART OR is also server-based. Data no longer needs to be downloaded to the PC client for processing. The scenes marked as relevant by the physician are automatically transferred to the data centre and assigned to the respective patient file.

The SMART OR Client is used with read-only rights on a total of 250 workstations. Approximately 50 workstations are authorised per configuration for the use of the editing function, with which the desired scenes can be cut out of the database.
The installation of the new system took place during normal operation. During the implementation phase, a parallel recording with old and new systems was carried out to ensure data security during the conversion phase. There was therefore no downtime in clinic operations.
SMART OR is intuitive to use. User feedback is outstanding. Faster access and better clarity have significantly reduced the amount of time spent in the clinic. The new system enables a more efficient diagnostic procedure.

The new video surveillance system has been in place since April 2017. In the first year, more than 10,000 videos of various lengths were archived. The 20 new IP cameras were integrated into the video surveillance system at the beginning of 2018. "IP cameras give us more flexibility because we no longer have to lay video cables. One is no longer so closely tied to one location," Schmidt explains. In further steps, the older cameras are to be replaced by further IP cameras. At the moment there is one camera per room available for recording. Since there are also two-bed rooms, two cameras are to be set up here for monitoring in the future. In total, the integration of 90 IP cameras is planned.
Video surveillance with automated transfer of the required video material to the patient file via the HL7 interface is groundbreaking for all medical institutions that use video surveillance for diagnostics. In principle, this technology can also be used in other medical departments, such as sleep laboratories. With the central archiving function and the direct connection to the patient file via SMART OR, medical video surveillance can be significantly improved.


Do you have questions about our products, the company or our service? Then contact us.